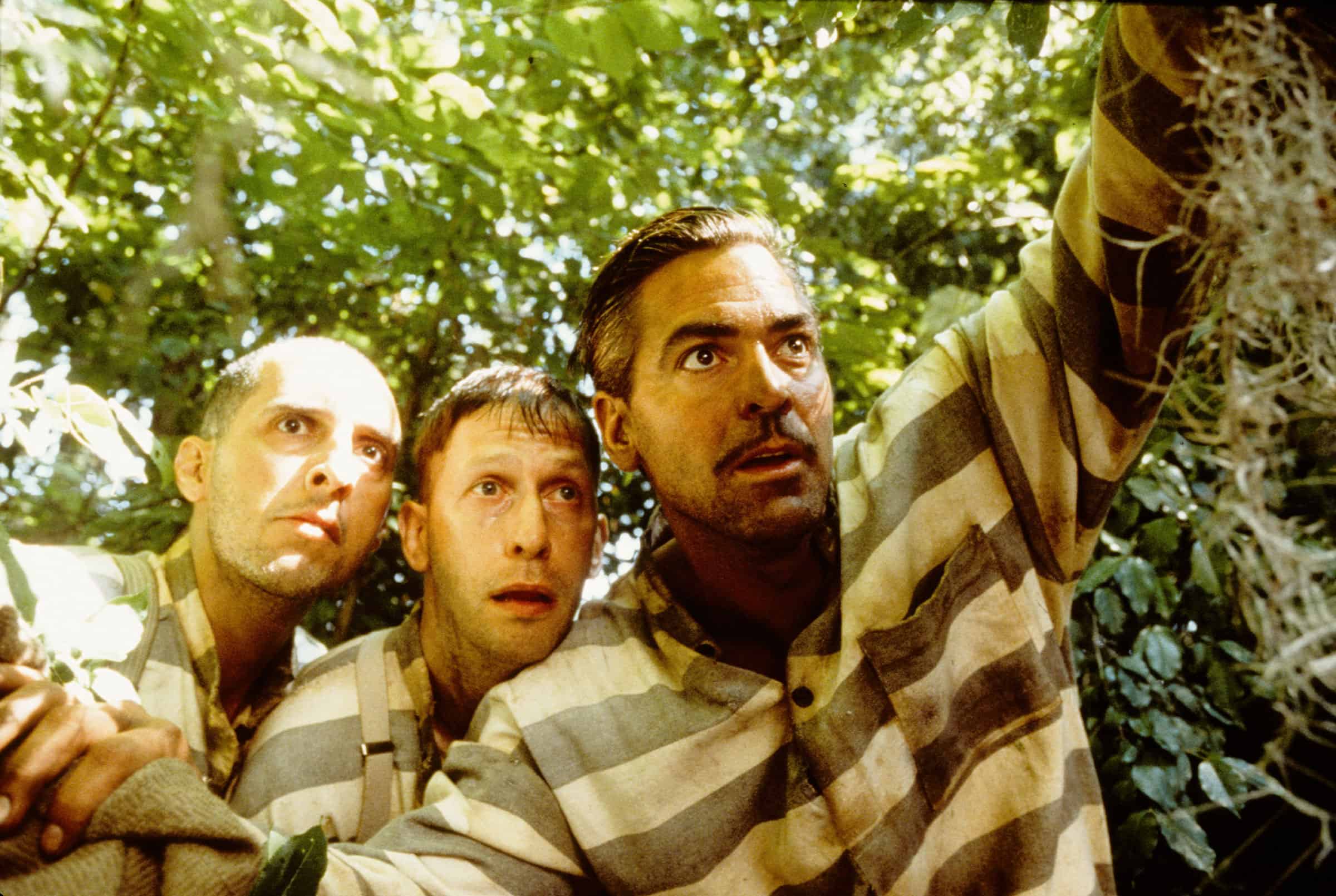 O Brother, Where Art Thou? is The Odyssey as a road movie

O Muse! Sing in me, and through me tell the story of that man skilled in the ways of contending, a wanderer, harried for years on end

O Brother Where Art Thou? might be the most faithful film adaptation of The Odyssey ever made – despite the claim by co-directors Joel and Ethan Coen that they never read that ancient epic. The story, credited to Homer, who may have been a blind poet if he existed at all, is a retelling of something even older – the saga of a hero’s homecoming, but it was never really meant to be read, with most of its memorable lines being lyrics once accompanied by a long forgotten score. Like the poem, the film uses the same opening line, superimposed on black – and uses musical numbers to tell the story of a man of constant sorrow – bringing the three main characters unintentional fame as folk musicians.

Ulysses Everett McGill, played by George Clooney, is unmistakably named for the mythical King Odysseus of Ithaca. Like his epic counterpart, the most cunning of all warriors, Ulysses regularly makes use of his sharp wit and resourcefulness to get out of dangerous situations, rather than physically challenging his opponents and frequently relies on disguise to elude recapture as he and his more dull-witted companions Pete and Delmar flee from a prison chain gang in Mississippi during the Great Depression. The more modern setting provides a better vehicle for a road movie – which is what the epic of a long, strange journey is at heart.

Odysseus has a shipful of companions who always manage to worsen things as they travel – invoking the wrath of gods and titans alike by violating xenia – the contract between a guest and their host and typically end up eaten by cannibals or drowned by sea monsters as a result before we ever really get to know them – one of the flaws of the original source material. Instead, we get a clear contrast between Delmar, who behaves as a guest should – offering Tommy a ride with no questions asked and even leaving a dollar for a pie they steal – and Pete whose hostility puts the law back on their trail.

The gods and divine power are represented in this film by various institutions of power – the government – state and federal, and the banking system, mirroring the way the average American looked upon these institutions and their ways in the 1930s – in the wake of a Depression or a family farm being repossessed by the bank. This in particular is embodied in Governor Menelaus who officially pardons the Soggy Bottom Boys after they perform for his re-election campaign, and therefore ending their troubles. Also like the gods, the governor and his son frequently quarrel amongst themselves over the re-election campaign against Stokes. Who will win is a circumstance left up to fate, something which even the gods cannot physically alter. Government is also an all-powerful force unforgiving of transgressions that can undo people just as easily as it can provide, as shown by the sadistic, nameless sheriff who embodies the vengeful persona of the ocean god Poseidon, determined to hang Ulysses and his friends despite the governor’s pardon and the rising floodwaters that ultimately bring Ulysses home, even if the home isn’t quite what he remembered.