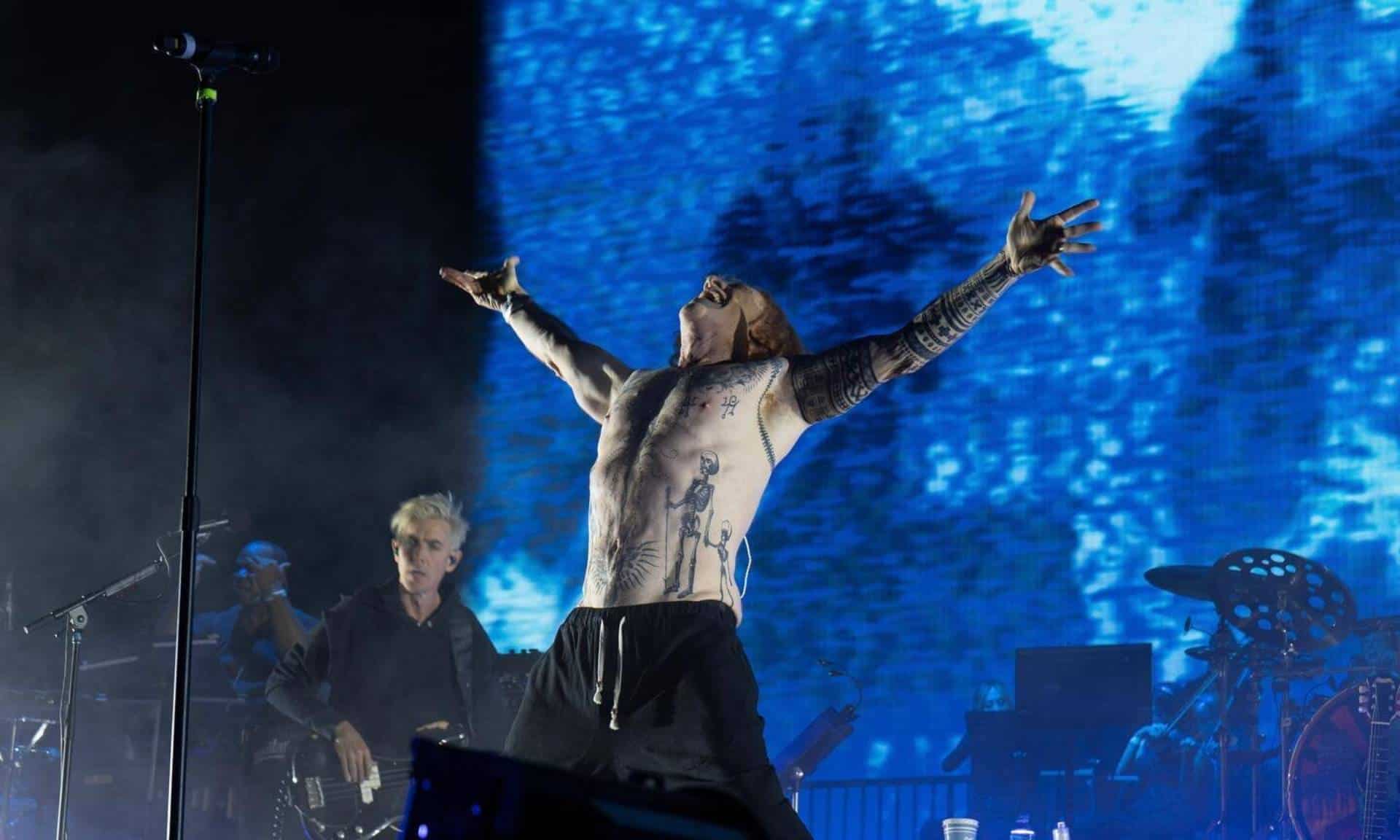 Many would say walking through the grounds of the Coachella Valley Music and Arts Festival is already a unique experience. There are tons of people wearing brightly colored outfits, taking pictures of each other in front of colossal art pieces. It’s quite a spectacle regardless of what musical acts you choose to watch. Though none may be more unique than Danny Elfman’s hour-long set. The 68-year-old movie composer took the stage and played plenty of recognizable movie scores.

Elfman joins Hans Zimmer as one of the most famous American movie composers to appear at Coachella. Zimmer played his scores at the Indio music festival in 2017. Elfman was originally scheduled to play Coachella in 2020, but the music festival was canceled that year. The hiatus allowed Elfman to release his second studio album “Big Mess” in June 2021 and add that to his performance, which included movie and television scores alike. Among his extensive catalog, Elfman performed music from works such as “Edwards Scissorhands,” “The Nightmare Before Christmas,” Tim Burton’s “Batman,” Sam Raimi’s “Spider-Man,” and the iconic opening theme from “The Simpsons.”

Elfman, who formerly fronted the 80’s rock group Oingo Boingo, marks his return to the stage after 37 years. He appeared shirtless, full of energy, and surprisingly in terrific shape. Accompanied by a full orchestra consisting of fifty musicians, Elfman even performed former Oingo Boingo songs with former bandmate Steve Bartek on the guitar. After performing the rock band’s iconic hits like “Only a Lad” and “Dead Man’s Party,” Bartek switched gears to play other records alongside Elfman and his many tattoos.

If the audience wasn’t jumping to some of the more electrifying rock songs, they were all fixated on the movie scores. In addition to the onstage presence of Elfman and his musical entourage, the performance featured large screens playing movie footage with their respective scores.

Now that Elfman has played two fantastic performances in back-to-back desert weekends, what is next up for one of Hollywood’s most booked composers? He has quite a few projects enlisting his services, such as “Doctor Strange in the Multiverse of Madness” coming out May 2022, “65” an Adam Driver-led astronaut movie by “A Quiet Place” writers Scott Beck and Bryan Woods, and Beetlejuice 2. Elfman will return to the Tim Burton sequel after composing the 1988 classic.

Coachella has always featured a diverse group of acts and genres. With Zimmer and Elfman both cementing their legacies as some of the most iconic movie composers to hit the stage, one can imagine who will be appearing in next year’s lineup.